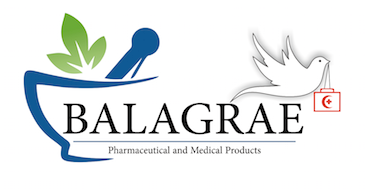 The company has also signed a commercial contract to supply EarlyCDT Lung blood test into the NHS Lung Health Check Programmes in Wessex and Yorkshire as part of the iDx-LUNG evaluation programme.

Following due diligence by the NHS, the company has also been notified that The National Institute for Health and Care Excellence (NICE) has selected the EarlyCDT Lung blood test for Diagnostics Assessment Guidance. This decision follows the publication by NICE in March 2020 of the positive Medtech Innovation Briefing 209 (“MIB”) on “EarlyCDT-Lung for cancer risk classification of indeterminate pulmonary nodules”. The successful completion of this assessment will further support wider market adoption of EarlyCDT Lung in the NHS.

Under this commercial contract, Norfolk & Waveney will be evaluating the use of the EarlyCDT Lung blood test in a clinical setting. A successful conclusion to this contract, combined with guidance from NICE, is anticipated to support the adoption of the EarlyCDT Lung blood test into the clinical pathway for the early detection of lung cancer across NHS East of England.

The first phase of the commercial contract, which is scheduled to start in January 2021, will focus on patients with Indeterminate Pulmonary Nodules (“IPNs”). The second phase will see the EarlyCDT Lung blood test used in a screening setting with people at risk recruited in selected GP practices in Great Yarmouth, Norfolk. The contract is unconstrained, albeit the evaluation is scheduled to be completed in both settings within 12 months.

Oncimmune has been selected to supply the EarlyCDT Lung blood test on commercial terms into the iDx-LUNG programme which will collect blood samples from 15,000 people attending the NHS England’s Lung Health Check Programme delivered through mobile CT scanning sites across Wessex and Yorkshire.

As well as targeting increased survival rates, an aim of the iDx-LUNG programme is to streamline the process of detecting incident lung cancers in the community and so reduce the NHS resource needed to find each new lung cancer case. The current optimal method of checking lung health, CT scanning, is resource-intense and expensive, with diagnosis and treatment of lung cancer currently costing the NHS an estimated £307 million every year.

Oncimmune is in dialogue with other regional health systems in the UK for use in lung cancer diagnostic programmes, and NICE Guidance will provide further supporting evidence of the clinical utility of the test in conjunction with existing NHS delivery programmes.

Following a positive MIB in March 2020, the NICE Topic Selection Oversight Panel further considered the merits of the EarlyCDT Lung blood test in July 2020 upon submission of additional evidence by Oncimmune and have now notified the Company that EarlyCDT Lung has been selected for Diagnostics Assessment Guidance. This Guidance evaluates new, innovative diagnostic technologies in order to help NHS staff make efficient, cost-effective and consistent decisions about adopting new products in support of innovation, transformation and improving healthcare delivery. The diagnostics assessment process for EarlyCDT Lung commenced in November 2020.

Dr Adam M Hill, CEO of Oncimmune said: “Detecting lung cancer early is key to improving chances of survival, whether patients have a nodule or not. The body of evidence supporting the use of EarlyCDT Lung in patients at risk of lung cancer continues to build and is increasingly compelling. Indeed, following the Grail, Inc. announcement, it is excellent to see the NHS increasing its focus on the early detection of cancers in order to help meet its goal of diagnosing three-quarters of all cancers at an early stage by 2028.

“In addition to commercial evaluations of the implementation and the use of the EarlyCDT Lung blood test in Wessex, Norfolk and Yorkshire, we are especially delighted to have been selected by NICE for full guidance.

“The successful publication of our co-funded Early detection of Cancer of the Lung Scotland (“ECLS”) study with the NHS, which demonstrated a 36% reduction in late stage diagnoses of lung cancer which have the worst survival, has been followed by intense discussions with the NHS, leading to due diligence throughout the last six months. As a result of those discussions, we are delighted to be working with the NHS in three regions to start the work of implementing our simple blood test into clinical care to significantly improve the chances of survival for patients with lung cancer through early detection.”